A Christmas co-production with Luce Dipinta Multivisioni in Italy.

An architectural mapping projection within the courtyard of the historical Palais Campofrance. To coincide with the Christmas Market in Bolzano, close to the Dolomites, Italy. This is the first time a projection is being used in this space. The emblem of the Palace is its monumental ginkgo biloba tree, situated in the center of the piazza, a gift for Empress Elisabeth of Austria, more commonly known as Princess Sissi, from her uncle Heinrich.

Using the flavour of Christmas this projection celebrated the tree gifted in 1889.

The video projection was shown several one an hour during each evening from 18:00 until late from 25th November until 6th January. It ran automatically without the need of staff and used a looping 'interlude' between presentations which included a countdown clock of 20 minutes. 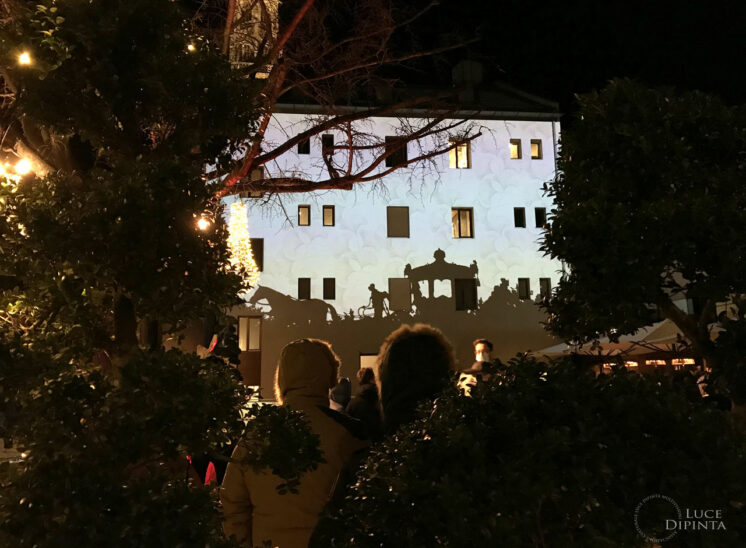 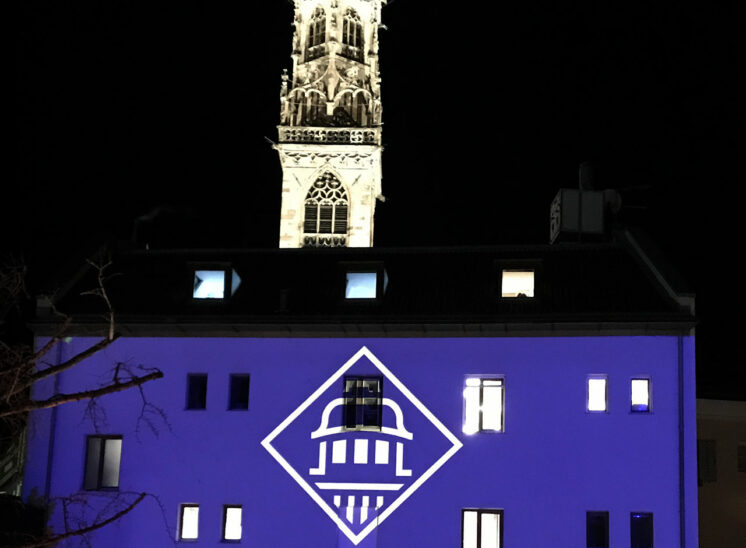 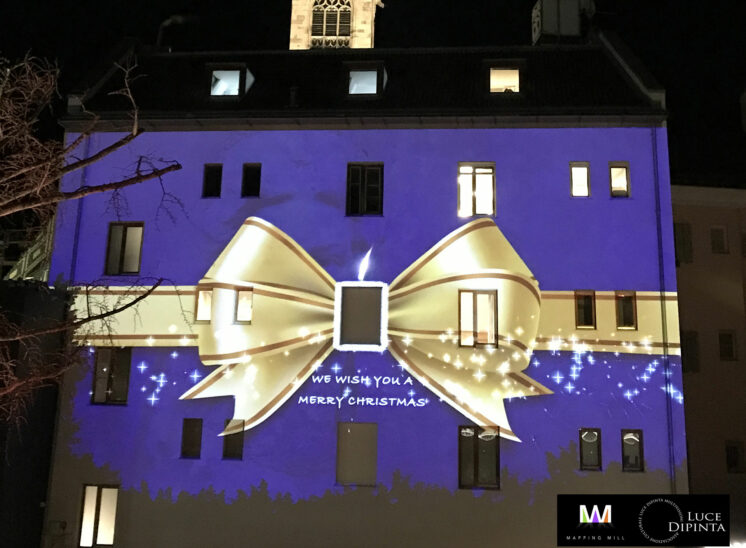 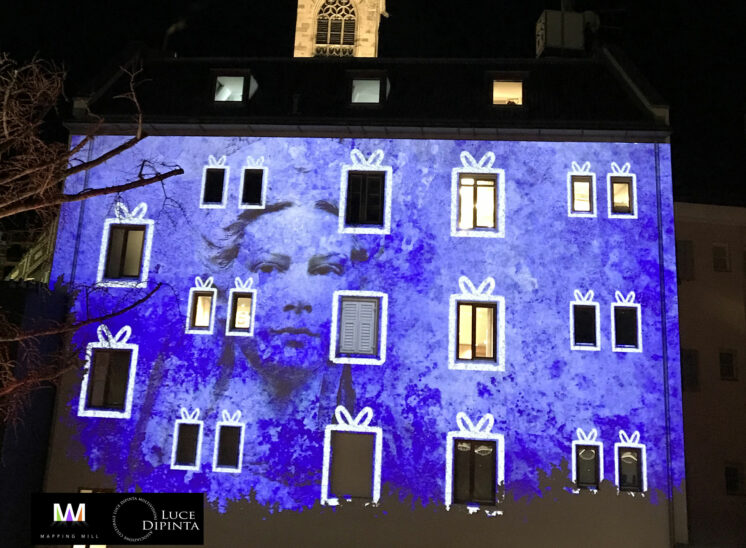 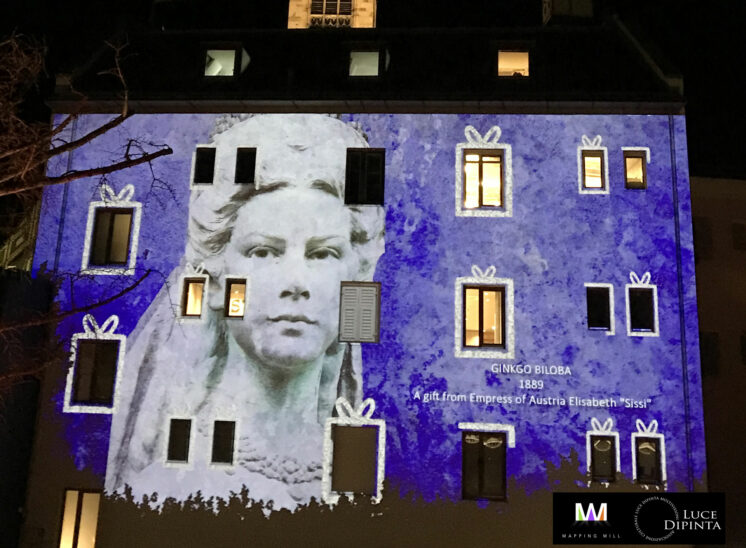 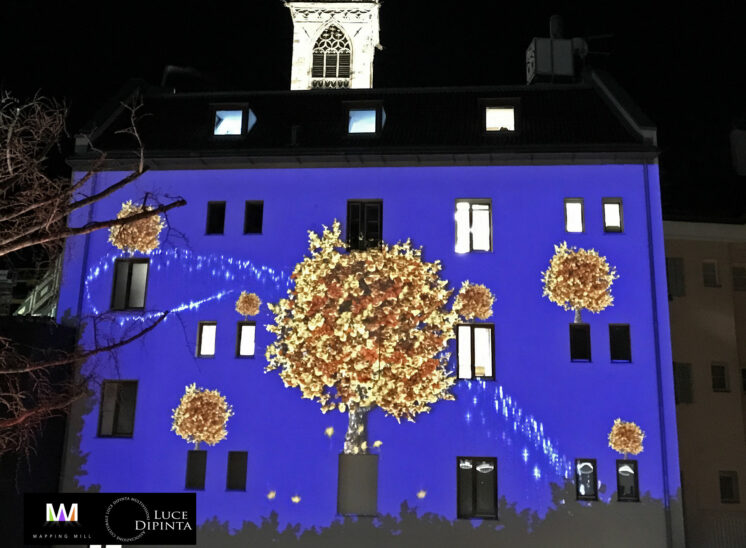 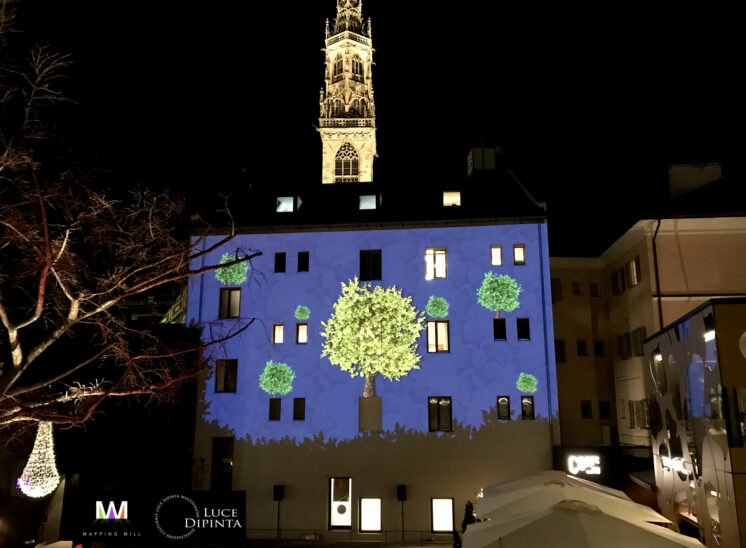 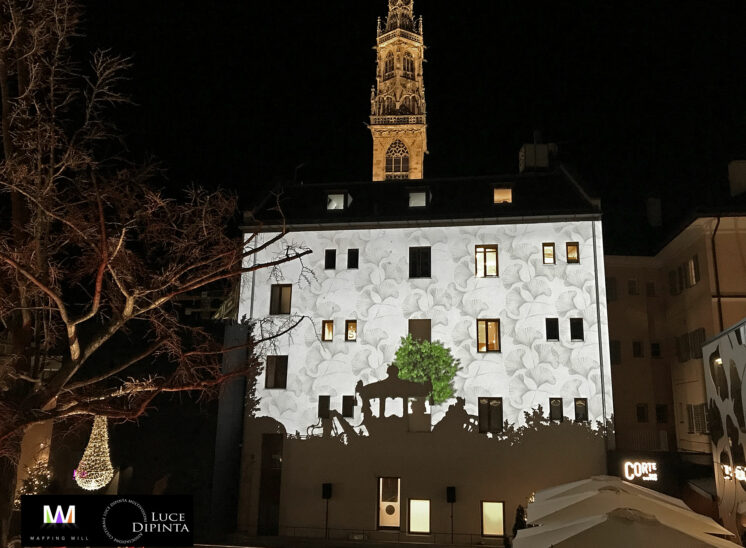 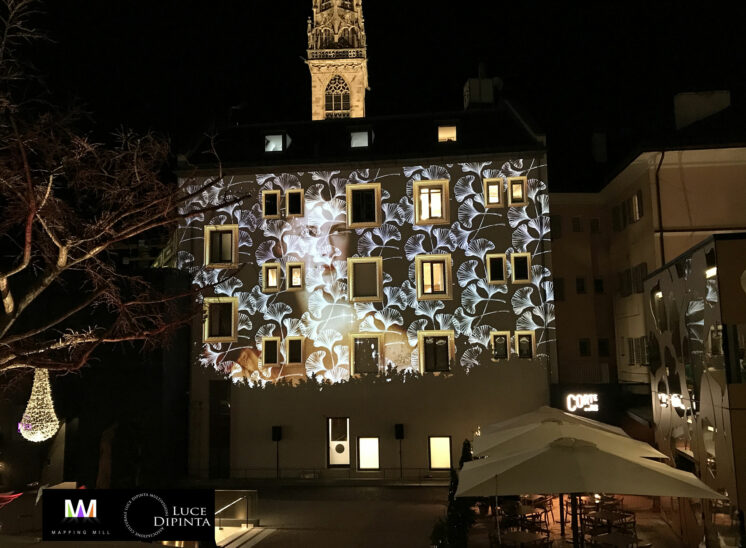 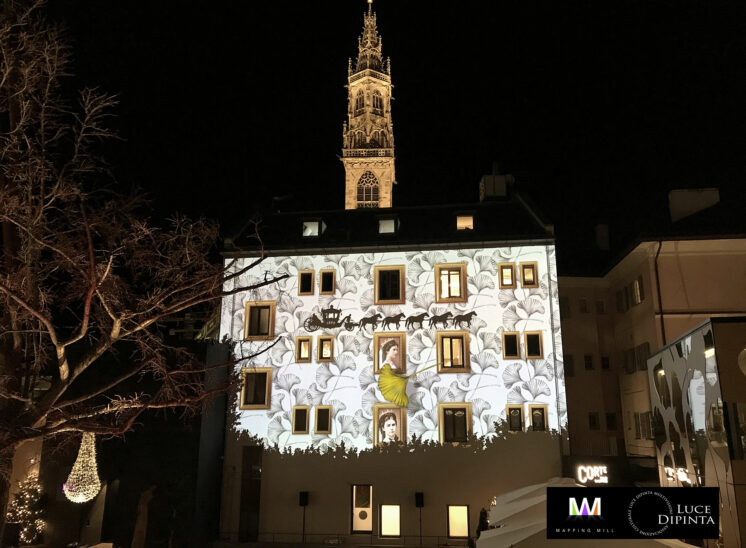 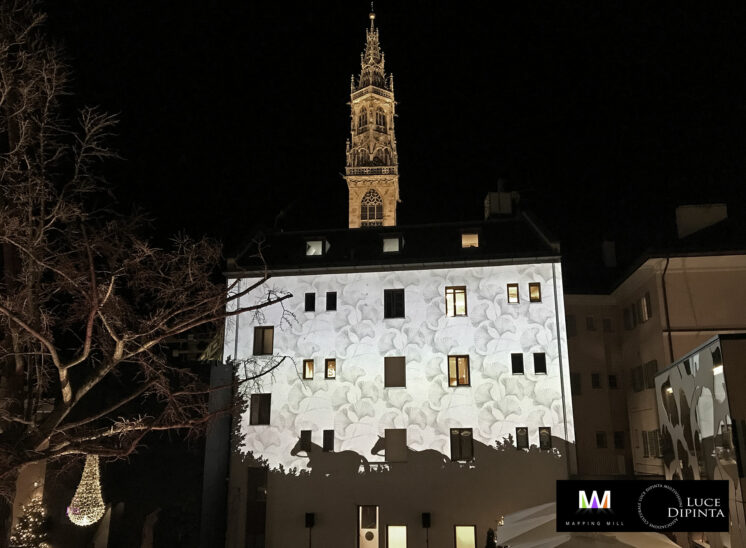 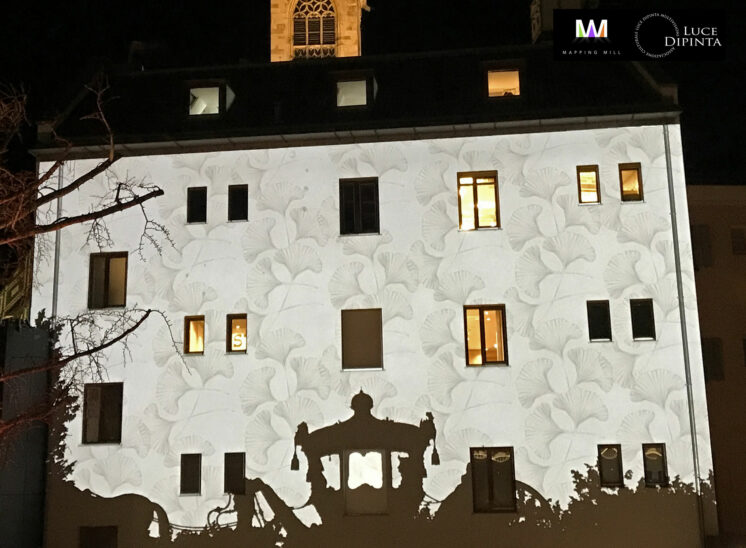 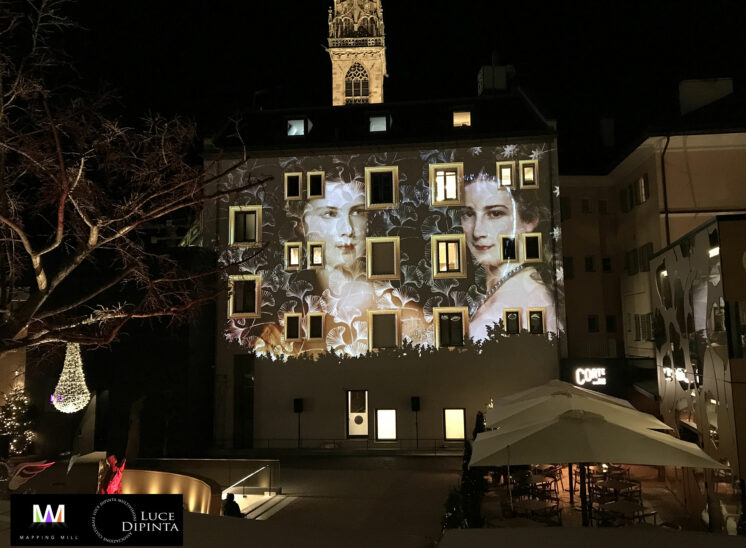 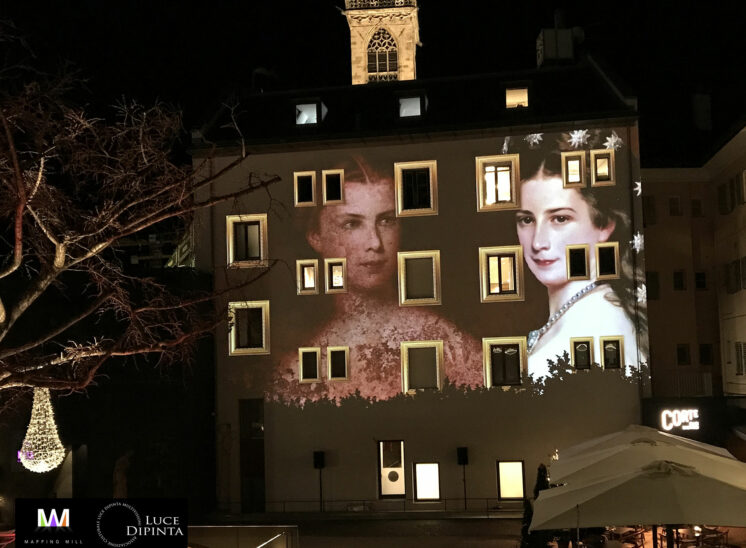 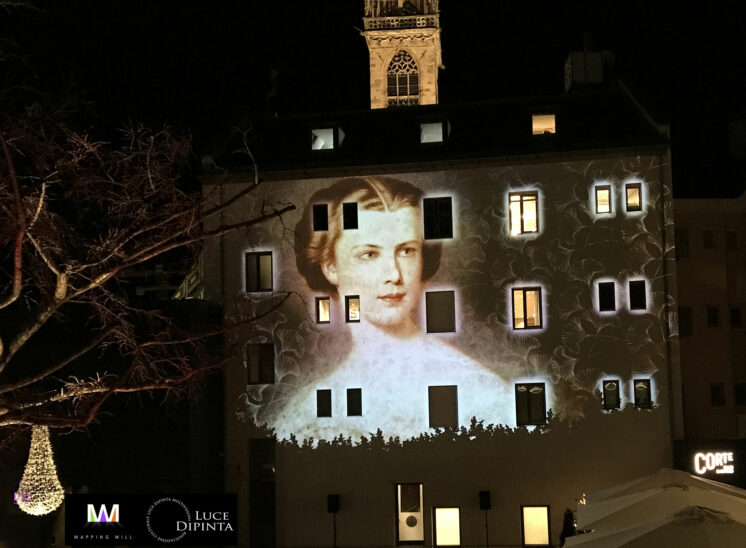 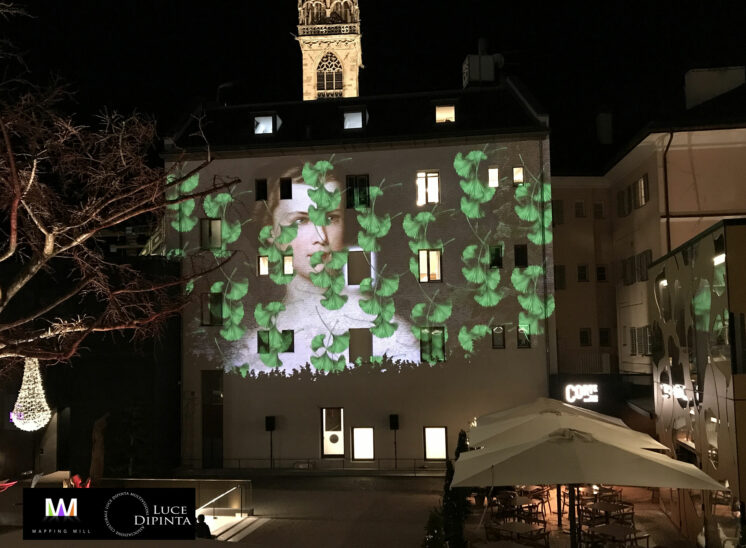 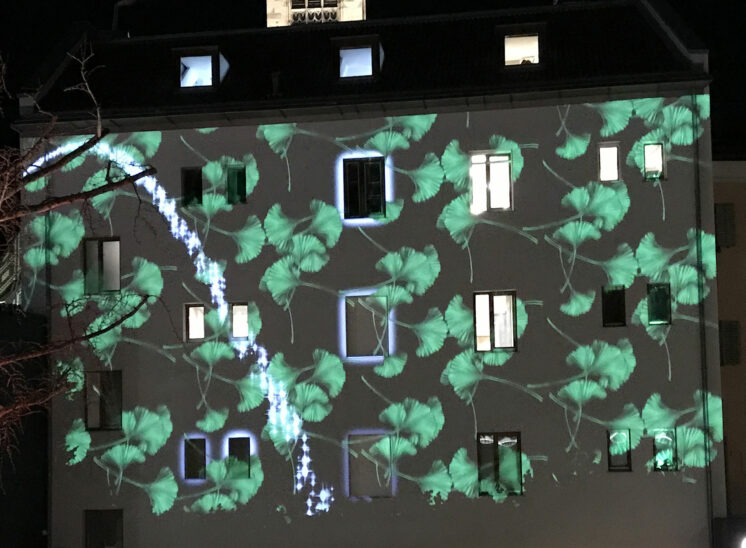 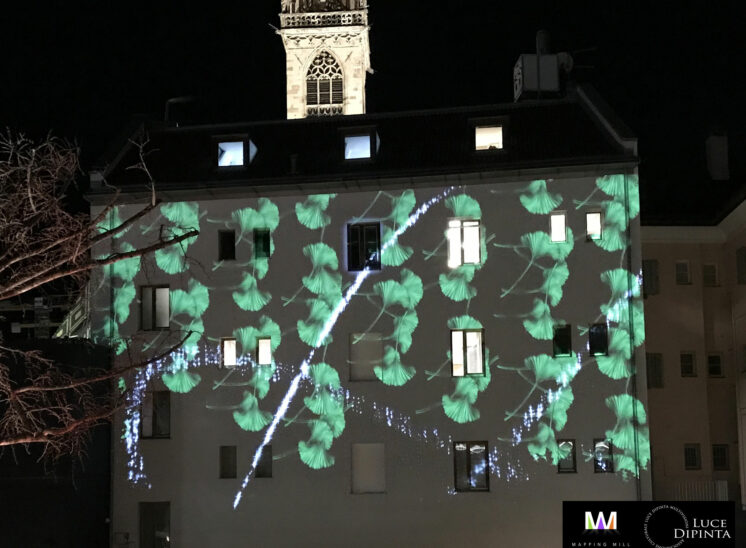 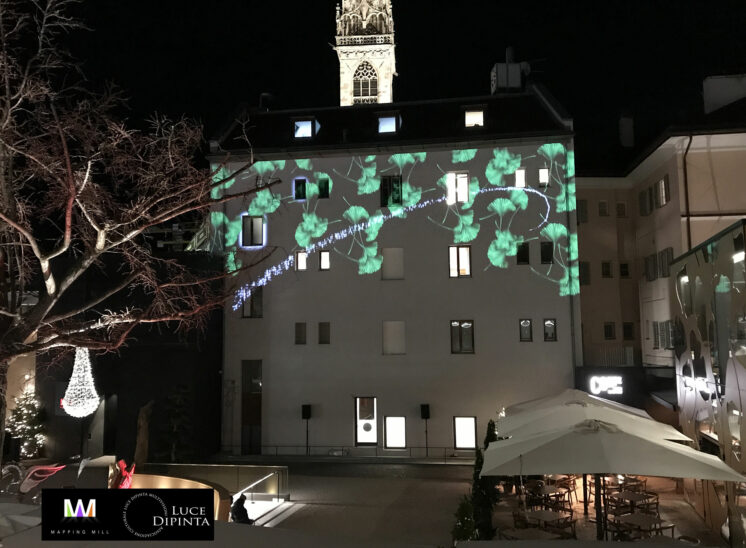 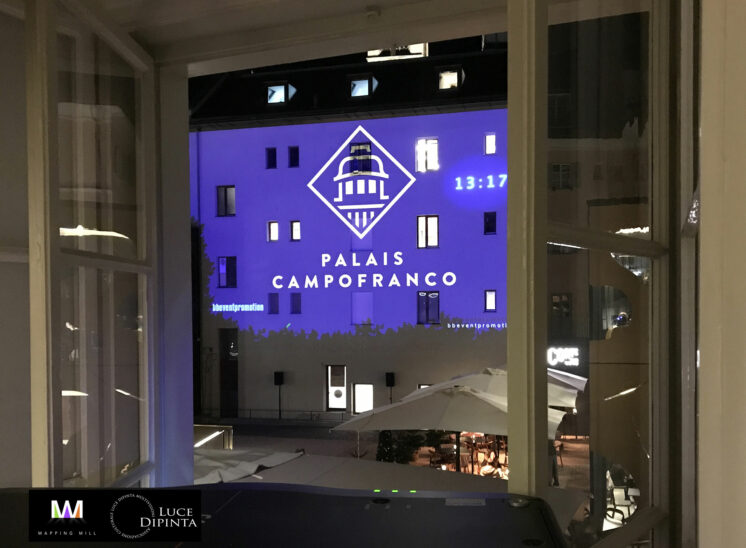 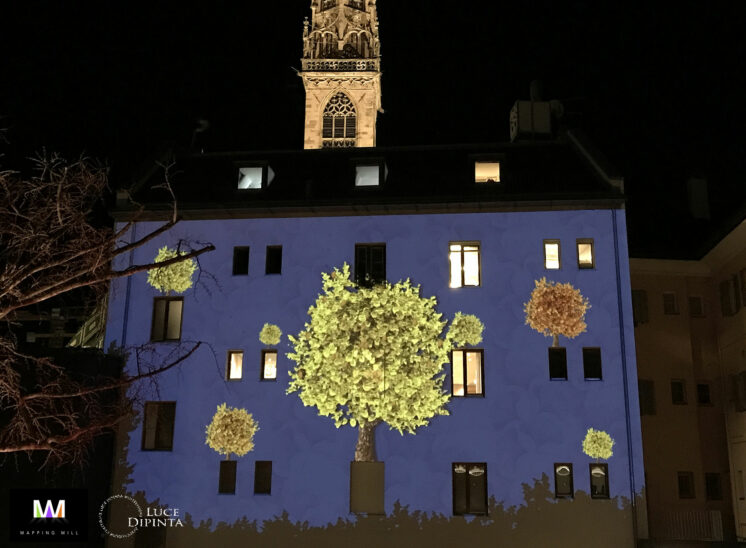 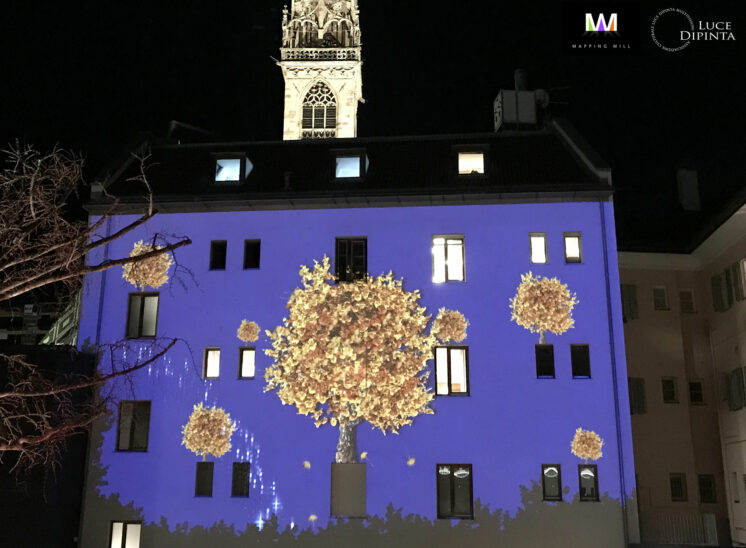 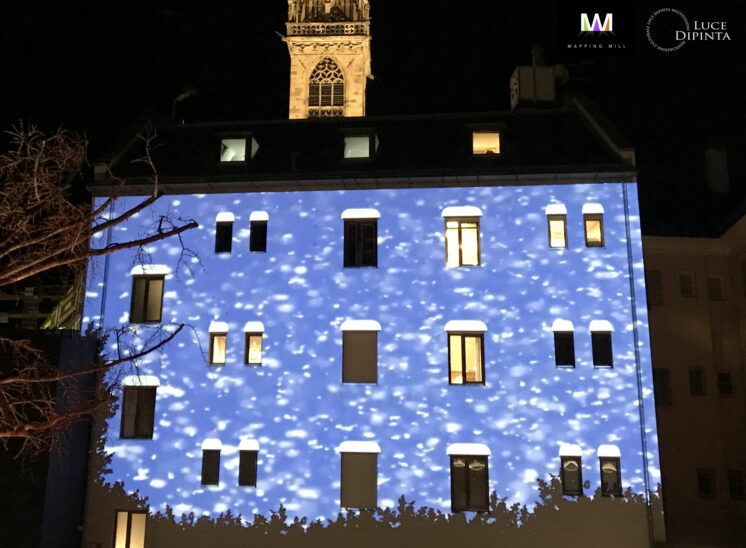 Copyright © 2018 - present, Mapping Mill Ltd. All rights reserved. PRIVACY and COOKIES | SITEMAP | CONTACT
Mapping Mill Ltd., 2nd Floor Mellor Building, College Road, Stoke-on-Trent, ST4 2DE, United Kingdom. Tel: 07533 722001
We use cookies on our website to give you the most relevant experience by remembering your preferences and repeat visits. By clicking “ACCEPT ALL”, you consent to the use of ALL the cookies. However, you may visit "Cookie Settings" to provide a controlled consent.
Cookie SettingsREJECT ALLACCEPT ALL
Manage consent

This website uses cookies to improve your experience while you navigate through the website. Out of these, the cookies that are categorized as necessary are stored on your browser as they are essential for the working of basic functionalities of the website. We also use third-party cookies that help us analyze and understand how you use this website. These cookies will be stored in your browser only with your consent. You also have the option to opt-out of these cookies. But opting out of some of these cookies may affect your browsing experience.
Necessary Always Enabled
Necessary cookies are absolutely essential for the website to function properly. These cookies ensure basic functionalities and security features of the website, anonymously.
Functional
Functional cookies help to perform certain functionalities like sharing the content of the website on social media platforms, collect feedbacks, and other third-party features.
Performance
Performance cookies are used to understand and analyze the key performance indexes of the website which helps in delivering a better user experience for the visitors.
Analytics
Analytical cookies are used to understand how visitors interact with the website. These cookies help provide information on metrics the number of visitors, bounce rate, traffic source, etc.
Advertisement
Advertisement cookies are used to provide visitors with relevant ads and marketing campaigns. These cookies track visitors across websites and collect information to provide customized ads.
Others
Other uncategorized cookies are those that are being analyzed and have not been classified into a category as yet.
SAVE & ACCEPT